(Updated November 13 to include Boeing comments.)

How concerned are 737 MAX pilots about their new airplane? Plenty concerned.

Over the weekend, two U.S. operators of Boeing’s newest model narrowbody were sending out memos with details of a new system unique to the MAX called the Maneuvering Characteristics Augmentation System, which may have contributed to the fatal crash of Lion Air Flight 610 last month in Indonesia. This memo had to be sent because until last week this system was a secret to the men and women who fly the plane.

The MCAS on the Boeing 737 Max was added as part of its Federal Aviation Administration certification. Pilots at American Airlines, which has 16 MAX-8s in its fleet and at Southwest with 26, were told over the weekend that the MCAS was added, “to enhance pitch characteristics during steep turns with elevated load factors and during flaps up flight at airspeeds approaching stall.”

Pilots have been abuzz over the Lion Air accident and what appears to have been the pilots’ inability to pull out of an airplane-induced nose-over on October 29. The din got louder when Boeing sent a Service Bulletin to operators and the Federal Aviation Administration followed up with an Emergency Airworthiness Directive nine days later. 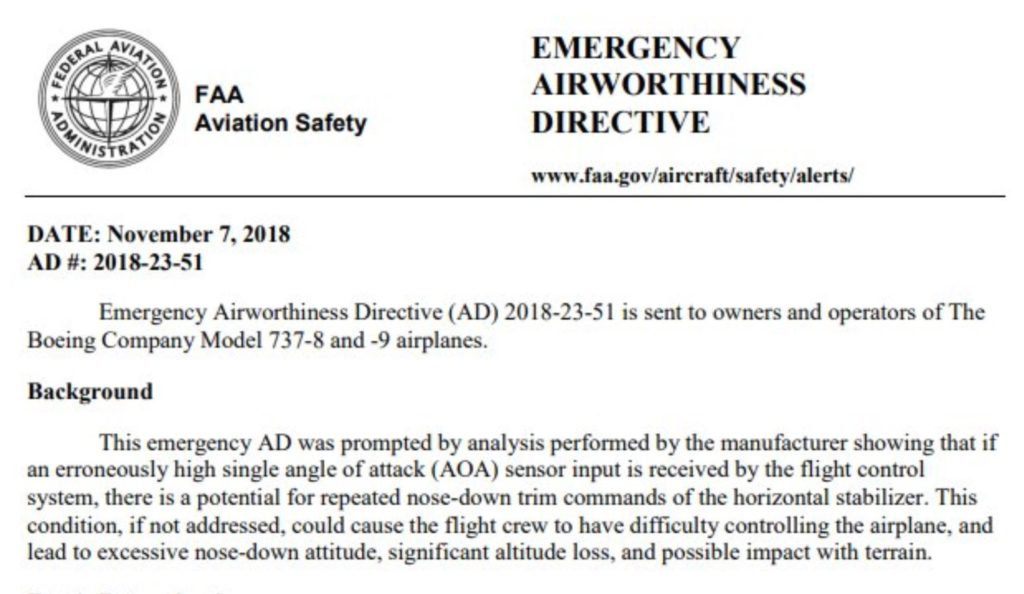 “This is the first description you, as 737 pilots, have seen. It is not in the AA 737 Flight Manual Part 2, nor is there a description in the Boeing FCOM (flight crew operations manual),” says the letter from the pilots’ union safety committee. “Awareness is the key with all safety issues.”

The APA told pilots an update to the airline’s and Boeing’s crew manual would be added soon.

On Monday, I sent the following questions to Boeing spokesman Paul Bergman.

His three-sentence reply did not address the questions but reiterated the statement posted on the planemaker’s website, including that the company is “taking every measure to fully understand all aspects of this incident, working closely with the investigating team and all regulatory authorities involved.”

Pilots of any version of the 737 could encounter situations in which the elevator trim puts the airplane in a nose down position unexpectedly. It is something for which they train in the simulator. What makes the addition of the MCAS to the 737 MAX problematic for pilots, is not knowing about it. 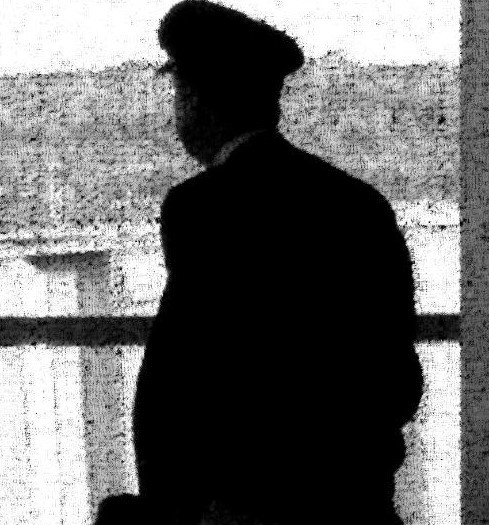 “Events that happen seemingly for no reason can be very difficult to deal with. That’s the whole reason we learn about systems in ground school and practice responding to their failures in the sim, to make a mental blueprint that acts as a vaccination against unexpected issues,” said John Gadzinski, a 737 MAX pilot and the president of Four Winds Aerospace Safety Corp.

“There’s a huge dissonance here. At best we’re trained so that when the airplane tells us to do something, we do it. There’s an enormous part of your brain that wants to trust what the airplane is telling you and to all of a sudden to be told, ‘Wow, in this case, the airplane – which is the most advanced version of the most trusted airplane in the world – can’t be trusted,’ that’s kind of a big deal. That’s a huge deal.”