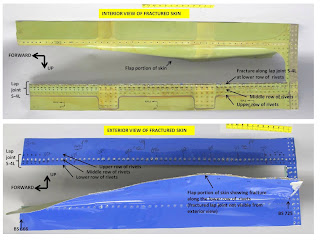 Well we are just a coupla’ aviation writers riding a bus together in Tulsa, Oklahoma today and talking about how Southwest Flight 812 zipped open in flight on April 1st, when suddenly our collective memories zeroed in on what could be a coincidence, or could be something more.

Lori Ranson, Air Transport Editor at Flight Global and I were discussing the latest news from the National Transportation Safety Board that preliminary examination of a four foot plus section of the fuselage that burst open at thirty-four thousand feet showed a number of misshapen and inconsistently aligned rivet holes. 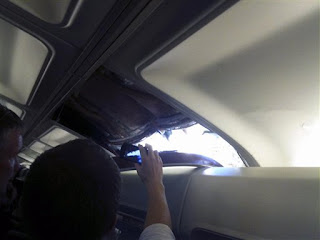 Well of course, the investigation is the NTSB’s party, but a lot of armchair investigators (including me) have been all over Southwest, suggesting that its practice of fast turnarounds and short hops may be putting more cycle stress on its 737s than other airlines.  But the administrator of the Federal Aviation Administration is weighing in with note of caution about premature opinions. 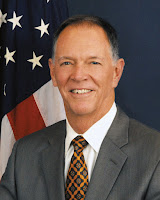 Randy Babbitt told a conference 10 days ago that “People have leaped to the conclusion that it was fatigue.” Perhaps his not-so-fast approach is the wiser course. “The airplane didn’t have that many cycles on it so we’re looking at other things, such as the manufacturing techniques,” Babbitt said.

And that’s what got Lori and me thinking. At the very time that this particular Southwest 737

– tail number N632SW – was coming off the assembly line in the summer of 1996, Boeing was living through a particularly difficult time.

Boeing, under great competitive pressure from Airbus, was slashing assembly and design jobs by the thousands while boosting production. There was more pressure as the company was launching the B777, its first fly-by-wire airplane. Then came the high profile – and at the time mysterious – crash of the Boeing 747

flying as TWA 800. So momentous was the crisis at Boeing during this time that Business Week quoted an in-house assessment in 1997 that said, “Our production system is broken.”

Tooling down the road between visits to aerospace companies in Oklahoma, Lori and I had to wonder if that period of turmoil might be relevant to what happened to Southwest  earlier in the month. If so, operators of all Boeing airplanes produced during this era might want to listen up. Bad times at Boeing 15 years ago may not be over yet.