These are your captains, training. Photo courtesy United

To much fanfare and a curiously ironic twist, United Airlines became the latest American carrier to open its own pilot training program. On January 27th it officially welcomed the 30 cadets who arrived ready to learn to fly at Arizona’s Goodyear Airport two months ago.

The fanfare is justified. United now occupies and runs Aviate Academy, formerly the flight school of Lufthansa, and it is proud that 80 percent of its first students will provide a demographic diversity previously not seen in airline cockpits that remain overwhelmingly white and male in the United States.

What’s ironic is the timing. United is several years behind American and JetBlue which began what is called ab initio (from the beginning) flight training programs in 2019, and about which I reported in this article for The New York Times. 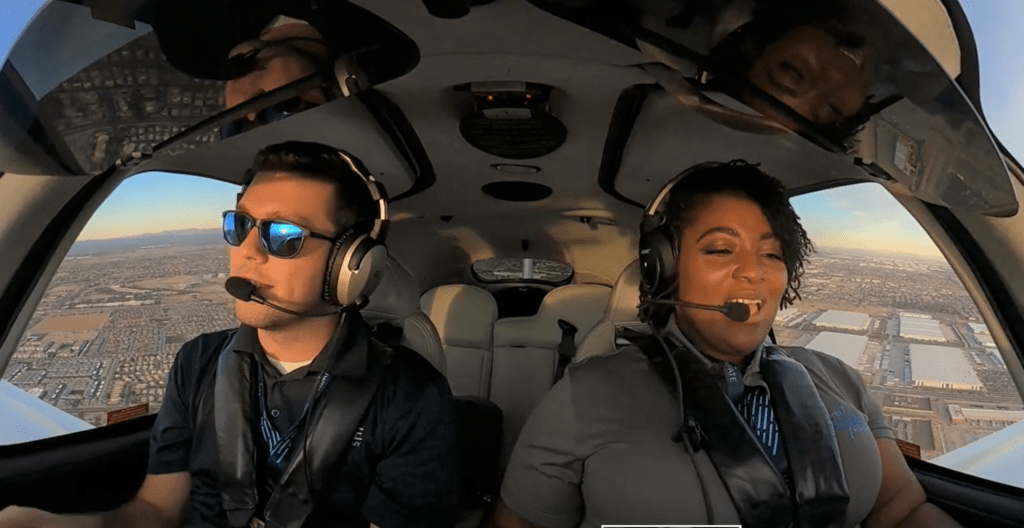 But decades ago, it was United leading the campaign arguing that as air travel advanced with breakneck speed, airlines had to get more trained pilots. Why not borrow the idea that was working so well in Europe, Africa and Asia?

The only kind of ab initio training in the states was being done by the military. The US government paid for the training of pilots. When those pilots returned to civilian life and joined airlines taxpayers bore the cost of training more military pilots.

The drain on the military was not the only downside. Airline reliance on military pilots also kept the cockpit largely male. United’s ab initio program aims to reach beyond traditional channels.

Charles Hobart, a spokesman for United told me Aviate partners with three Historically Black Universities “to create pathways for students to train and to join the Aviate development program.” In addition, four professional associations representing female, Black, Asian and Latin American flyers help the carrier reach people who might not have ever considered a career in the air.

But one of the most effective aspects of cadet programs to Ahkeel Leach, who entered American’s cadet program in 2019, and with whom I caught up over the weekend, is the relationships cadets have with working airline pilots.

“I got put in with a group of guys, old pilots, old 737 or 777 captains and they’ve guided me through this entire process,” Leach told me.

When the pandemic halted most flights in 2020, Leach had finished the program and was looking for work as a flight instructor. But as pilots were furloughed, the flow upward stopped. He took a job at Amazon to support himself, but his mentor had a different idea.

“My mentor said, ‘You can’t fly if you don’t come to the airport.’ So I got a job as a fueler. If I’m honest it was a shot to the pride, one day you’re training in the airplane and the next, your job was to fuel the plane for the people you were training with,” he said.  “But, what it offered me was an insight into another side of the industry.” And, he adds, an opportunity to network. That paid off because, through people he met at the airport, he got back into the cockpit as an instructor. He is slowly building toward his 1500 flight hours.

He will be needed, along with many other commercial pilots, if the International Air Transport Association’s cautious optimism is borne out. IATA’s numbers indicate that “travel demand strengthened in 2021” in spite of travel restrictions that lasted through the year. “That says a lot about the strength of passenger confidence and the desire to travel,” according to Willie Walsh, IATA’s director-general. 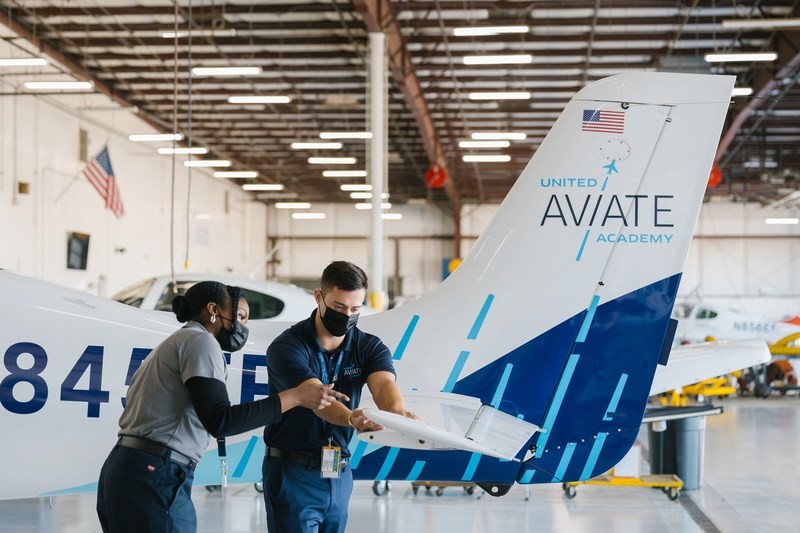 Optimism is sure to be appreciated by Aviate’s new class of cadets and those like Leach who recently graduated and are looking forward to their first jobs as commercial pilots. A convergence of factors appears finally, to be opening the cockpit door to them.

“I’m 100 per one of those people who didn’t have the resources,” to become a pilot, Leach explained. “I don’t come from money. I had a dream and any program, any initiative that can spread the horizons or open the gates to people, I’m grateful for.”