A Decade in Aviation Departs Leaving Challenges in Its Wake

The request for an email interview arrived in my inbox from Namibia shortly after Christmas. The journalist wanted my thoughts about, what else, the Boeing 737 Max. The October 2018 and March 2019 crashes of two of Boeing’s newest jetliners and the subsequent grounding of the fleet for an unprecedented 9 months (and counting) is the aviation story of the decade.

Like a pebble tossed into a pond, the ripples continue to radiate outward, making the Max debacle a story of global significance. Norway, Indonesia, Argentina, China, Mauritania, Iceland, Morocco, airlines in these and other nations have been impacted by decisions made at Boeing and signed off on by the Federal Aviation Administration.

We will not know until the next decade if the former prestige of Boeing and the FAA will be restored.

The unseemly business of lawyers trawling for clients following air accidents – a subject about which I have written aplenty over the past decade – got the attention of the international press earlier this month when Reuters published an article at Christmastime, exposing some of the tricks employed by “chasers” for aviation lawyers. 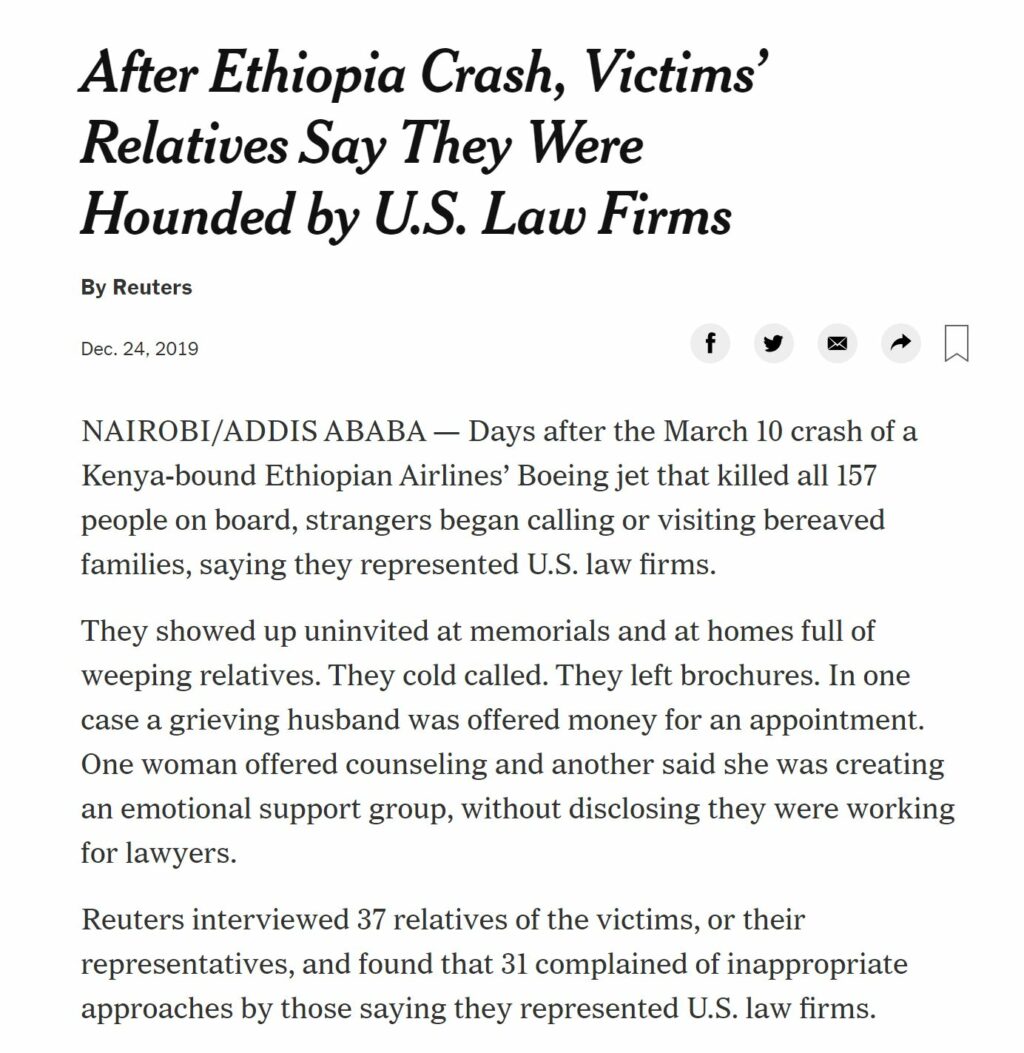 From paying victims’ families to listen to sales pitches to showing up at the homes of family members of air disaster victims, to sending unsolicited text messages to their phones, reporter Katharine Houreld lays out a shocking indictment of how lawyers harass the grief-stricken in the race to secure clients. And no case has been as potentially lucrative as the 737 Max disasters because so much of the culpability seems to lie squarely in the jurisdiction of the U.S. Courts.

The year also saw the elevation to the world stage of the world’s youngest environmental activist, Sweden’s Greta Thunberg. She is a modern-day David engaged in an ambitious quest to save humanity from its destructive self.  The high schooler has aimed her slingshot on Goliath; commercial aviation. To those who might quibble about her place on the list, I suggest there’s power (not to mention numbers) in her campaign.

According to the International Air Transport Association, there was a decline in air travel in Sweden the same year 17-year old Thunberg traveled by yacht to New York to address the United Nations.  “We’re taking this consumer sentiment seriously,” said Alexandre de Juniac, IATA’s Director-General.

At this year’s global media gathering, the airline industry presented a full day of reports on the multiple challenges, not just greenhouse gas emissions to which it contributes 2 percent, but also single-use plastics and the more than 6 million tons of cabin waste generated each year and is expected to double over the next decade as travel by air continues to grow. 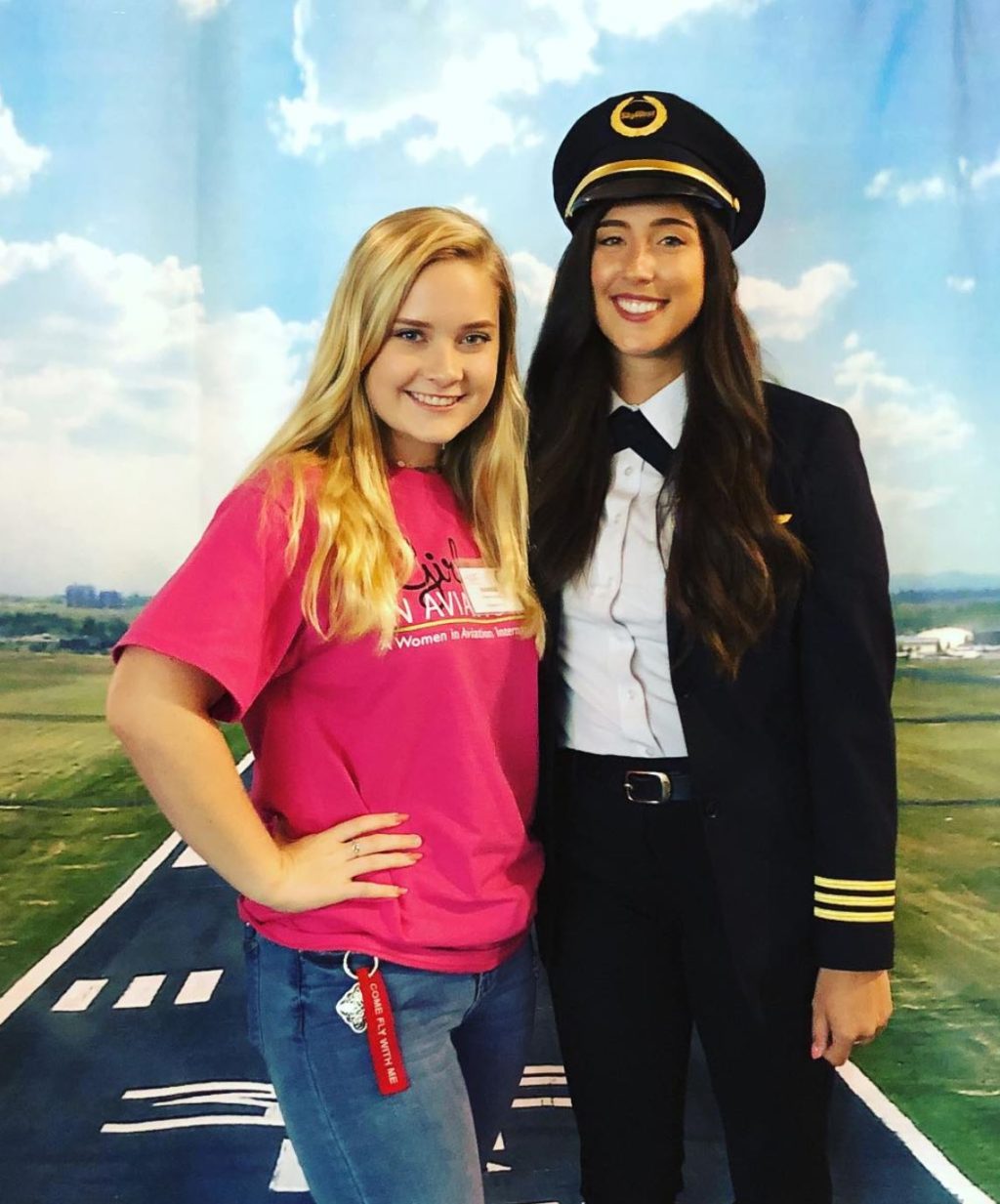 Despite its many challenges, aviation retains a glamour that is the envy of other industries. This is illustrated by the record-breaking attendance at Women In Aviation International‘s Girls In Aviation Day events around the world in 2019. Sure, professionals with epaulets like Skywest 1st officer Tristan Mazzu, who is featured in a television ad for Oil of Olay, get a lot of attention. At the same time,  the 118 individual Girls In Aviation Day gatherings show girls aged 8 to 17 that there are many, many jobs in the field offering similar challenges and rewards.

At the Frontiers of Flight Museum event in Texas, I sat on a panel with Cathy Boyles, the wildlife director at Dallas Ft. Worth International Airport and Joy Forrest, an A&P mechanic and an aircraft acquisition specialist, seen in the photo below. 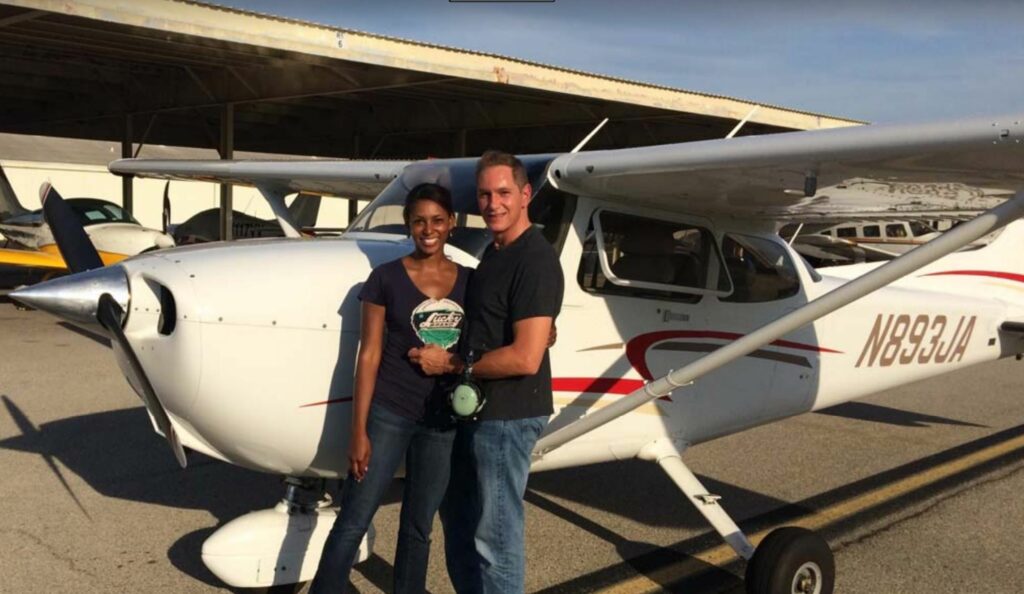 “We go beyond piloting careers to include air traffic controllers, mechanics, engineers, technicians and designers,” said WAI’s Molly Martin. “One girl told me that she now wants to design aircraft interiors as her career. That’s a career she would never have even known of, much less considered, without Girls in Aviation Day.” 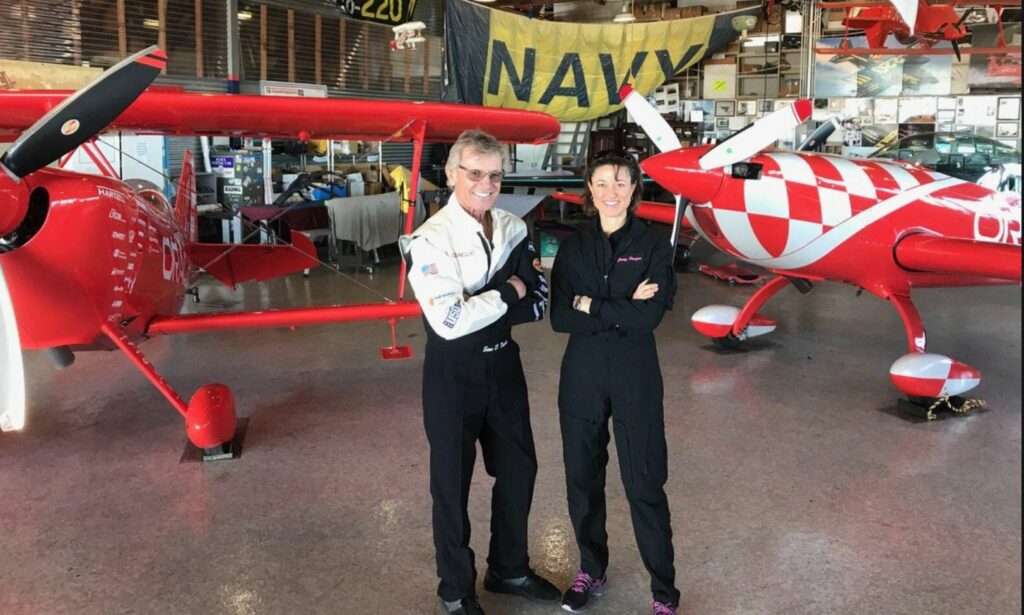 Acrobatic pilot Jessy Panzer made aviation news in 2019 when she joined Sean Tucker’s Team Oracle. Tucker’s last solo performance capped a 43-year career as an acrobatic pilot. He will engage in team flying now and his Pitts Challenger III will become part of the National Air & Space Museum.

Panzer, a seaplane, helicopter and corporate pilot is a graduate of Embry Riddle Aeronautical University. Her debut with Tucker during the 2019 air show season saw her flying the Excel 300.

You may wonder why this look back includes these latter events that, while notable, did not generate the biggest news. And my answer is this; rather than obsess about the trouble the industry has gotten itself into, I chose to be buoyed by the movement towards equality in aviation taken by my sex. We are 49.6 percent of the world’s population, which is a mighty minority and we are on a roll.