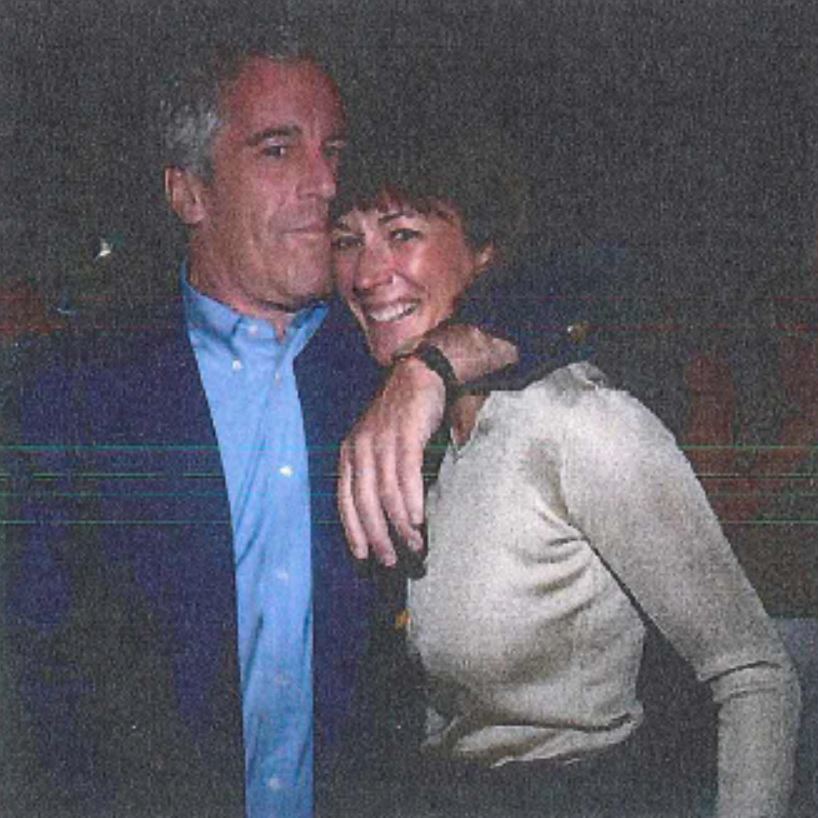 Photo of Epstein and Maxwell from Maxwell’s indictment

When helicopter pilot Ghislaine Maxwell was arrested last week, some thought the former companion and accused accomplice of the now deceased pedophile Jeffrey Epstein was hiding in a rather unlikely spot; Bradford, New Hampshire. But she is not the only Epstein aviatrix to call New Hampshire home. 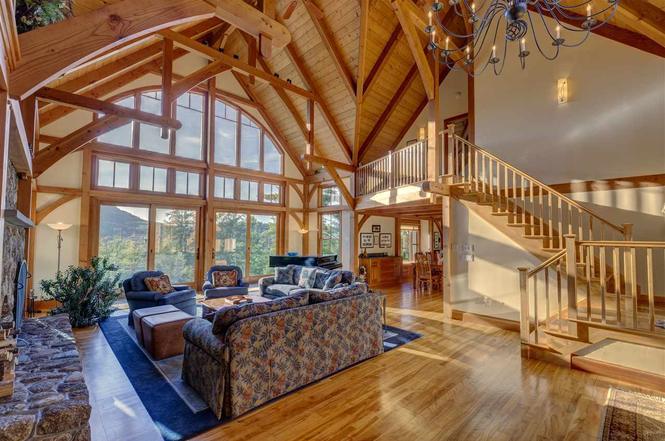 While Maxwell was seized at her newly purchased 154-acre estate in the woods, Nadia Marcinko, also linked to Epstein’s sexual assaults of teen girls and known as the celebrity pilot and social media influencer Global Girl, used New Hampshire as a place to reinvent herself.

Marcinko settled in the shadow of one of the state’s most well-known companies, Dean Kamen’s DEKA Research and Development in Manchester. And while she attended at least one event where he was also present, the Cradle to Cradle Innovation Gala in 2013 and she told me that same year she was flying the Embraer Phenom, a model that is also Kamen’s ride, how well they know each other or even if they do is not easy to determine.

She is connected to Kamen’s chief of staff on Linked In and is an acquaintance of DEKA’s former general counsel, Maureen Toohey. Nevertheless, DEKA does not want to talk about Marcinko. 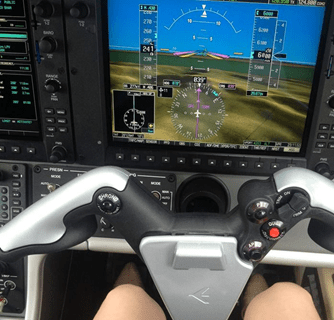 Marcinkova said she was flying this type of aircraft, the Embraer Phenom in 2013

DEKA is not going to answer your questions, said a woman answering the company phone on Wednesday. “She’s not an employee so she’s irrelevant to us”,  she said of Marcinko. Then she hung up.

In 2014, Marcinko set up an LLC, called Aviloop, using as her business address, 340 Commercial Street in Manchester, which is also DEKA’s address.  A number of companies also use that address including the former DEKA lawyer, Maureen Toohey, now in private practice. But in her application to the New Hampshire Secretary of State for the LLC, Marcinko also listed Ms. Toohey’s home as her residence. 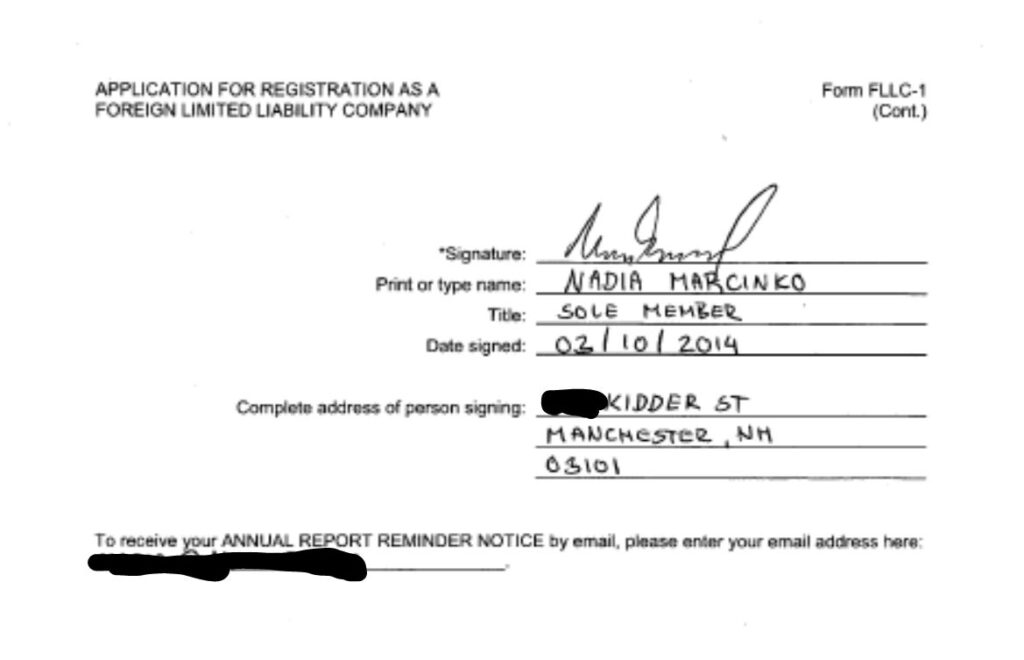 Toohey told me she had no idea why Marcinko appropriated her residential address on nearby Kidder Street in Manchester.

Perhaps they were roommates at the time, I suggested?

Marcinko’s Aviloop these days offers aviation-related marketing, design and diversity training. But in its early years, the website reflected the mindset of someone comfortable posting photos of provocatively costumed women including herself and making suggestive come-ons. The site offered visitors the opportunity to win a one-on-one video chat with “fashion models with exciting backgrounds.” Viewers could vote on their favorites, who were dressed in pilot caps and short skirts. 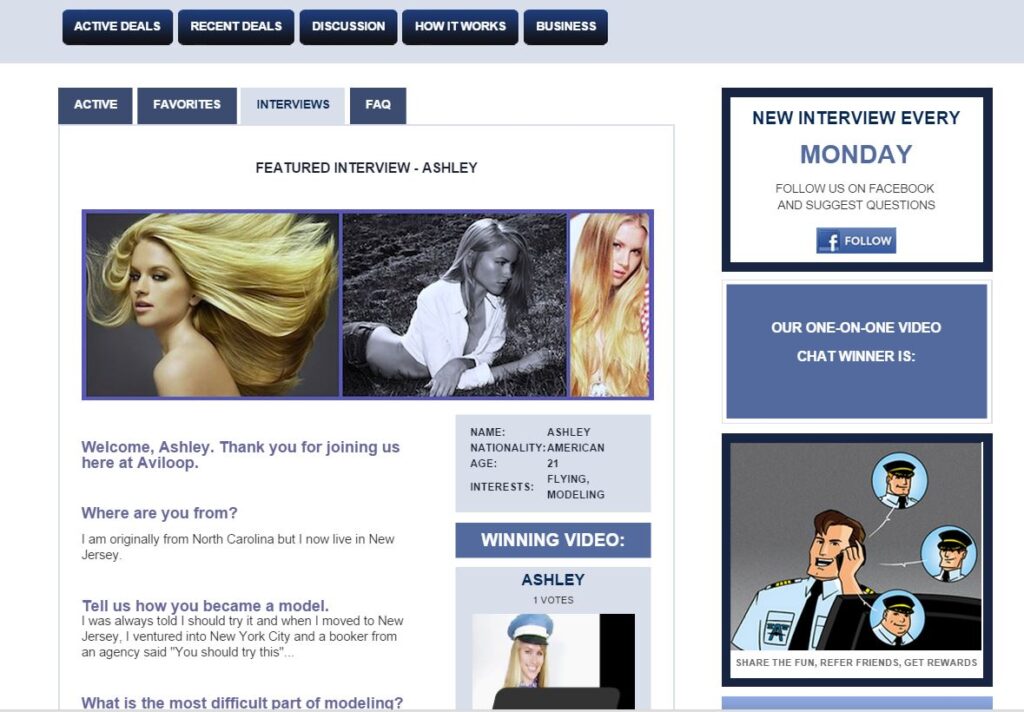 When Jeffrey Epstein’s trafficking in underage girls first came to light in the mid-2000s, Marcinko, (also known as Nadia Marcinkova) was in her teens and part of his Palm Beach household. Some of Epstein’s victims told police that on occasion Marcinko participated in Epstein’s sexual abuse. Others said she was Epstein’s “sex slave”. News articles have reported she was sold to Epstein at the age of 14.

In 2007, as the FBI was looking into the accusations against Epstein, Marcinko was an FBI target. In order to keep agents from speaking with her, Epstein took her to his private island in the US Virgin Islands.  During the flight, Epstein “verbally harassed Ms. Marcinkova, harassing and pressuring her not to cooperate with the grand jury’s investigation,” according to a statement of facts filed in a civil case against Epstein in 2011.

Epstein went to jail for a short amount of time and everyone else associated with his crimes, presumably including Marcinko, was given immunity from prosecution.

That immunity crumbled with the arrest of Ghislaine Maxwell last week, but back then, it provided Marcinko an opportunity to do something other than Epstein’s bidding.

From April 2009 to September 2010, she learned to fly, accumulating licenses at an impressive clip  – going from private pilot to commercial pilot in 18 months.

In light of what we know about Epstein’s expansive abuse of young women, it is not surprising but still disquieting that Marcinko’s new life hewed so closely to her old.  Both Aviloop and her ascending social media career relied on stoking the testosterone found in abundance in some segments of the aviation community.

Whatever led Ghislaine Maxwell and Nadia Marcinko to New Hampshire, Marcinko’s proximity to DEKA is noteworthy given the company’s self-proclaimed mission of “complex problem solving and improving lives.”  A woman with Marcinko’s troubled youth could have benefited from both.